Landholders are invited to attend an information session. RSVP HERE.

Following widespread community opposition, most of New South Wales is now free from the threat of coal seam gas, but under NSW Government plans released in 2021, over 1.2 million hectares of the state, stretching roughly from Bellata in the north to the western edge of Quirindi in the south, will remain open to potential Coal Seam Gas (CSG) exploration and development.

In 2022, Santos is expected to recommence coal seam gas exploration in the Liverpool Plains and the Namoi floodplain on four renewed Petroleum Exploration Licences (PELs). Our movement has held back coal seam gas in our region for more than a decade and we don’t intend to stop now.

Carbon Minerals Ltd has already entered into an arrangement with Santos covering two of these PELs. 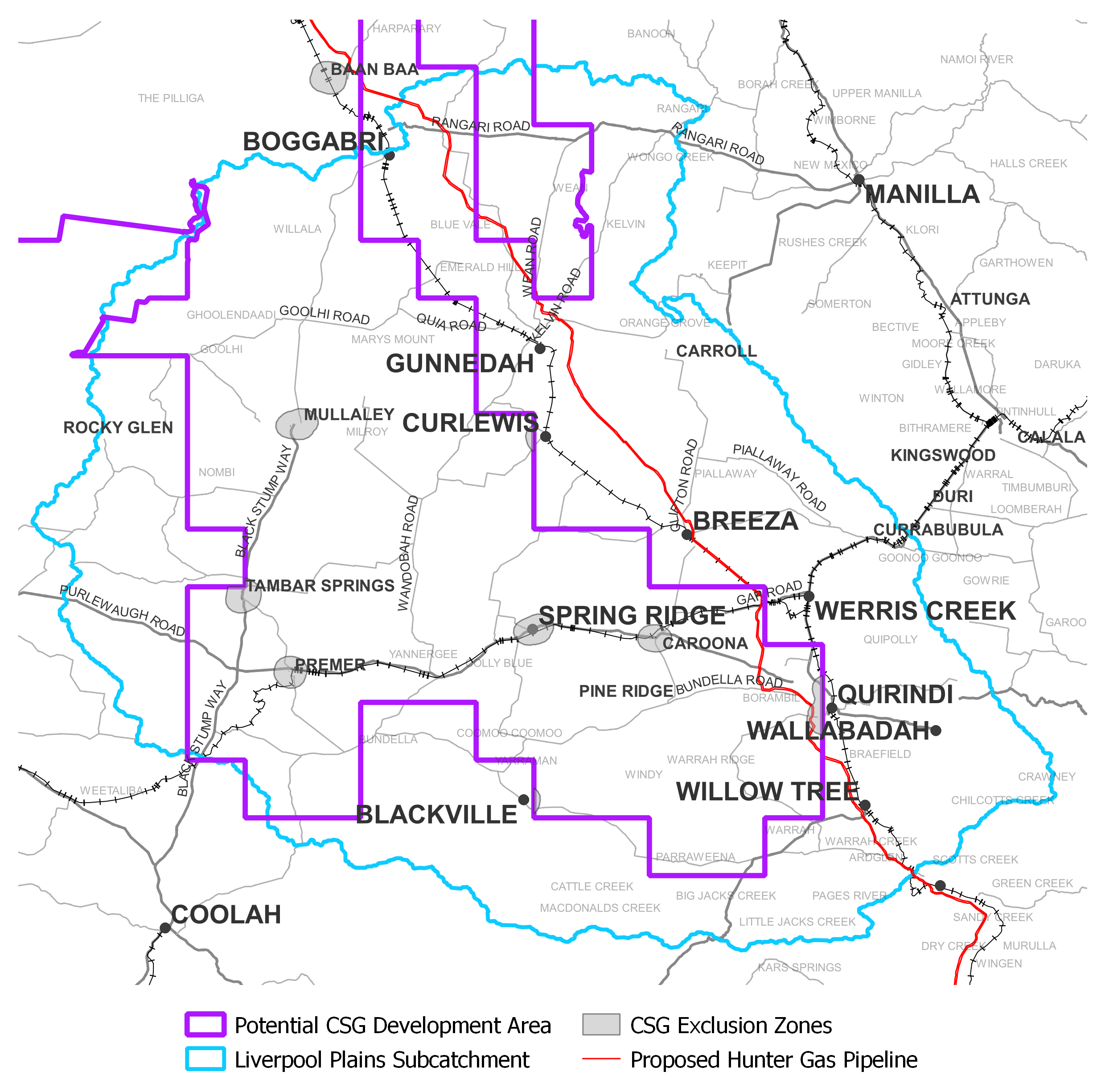 Landholders are invited to attend an information session:

What are the impacts of expanding CSG?

About 277,000 hectares (46%) of the land included in the potential CSG development area on the Liverpool Plains is classed as Biophysical Strategic Agricultural Land (BSAL). BSAL is land with high quality soil and water resources capable of sustaining high levels of productivity. By way of comparison, less than about 4% of NSW’s total land area is BSAL.

If the scale of coal seam gas development and impacts approved for the Narrabri gas project were replicated across the entire 1.2 million hectare area, it might be expected to see more than 10,000 additional coal seam gas wells that could remove as much as 449 billion litres of groundwater.

If the scale of salt waste expected for the Narrabri gas project were repeated across this area, it could result in the creation of 10 million tonnes of solid salt waste.

Find out more about the potential damage expanding CSG in the North West here.