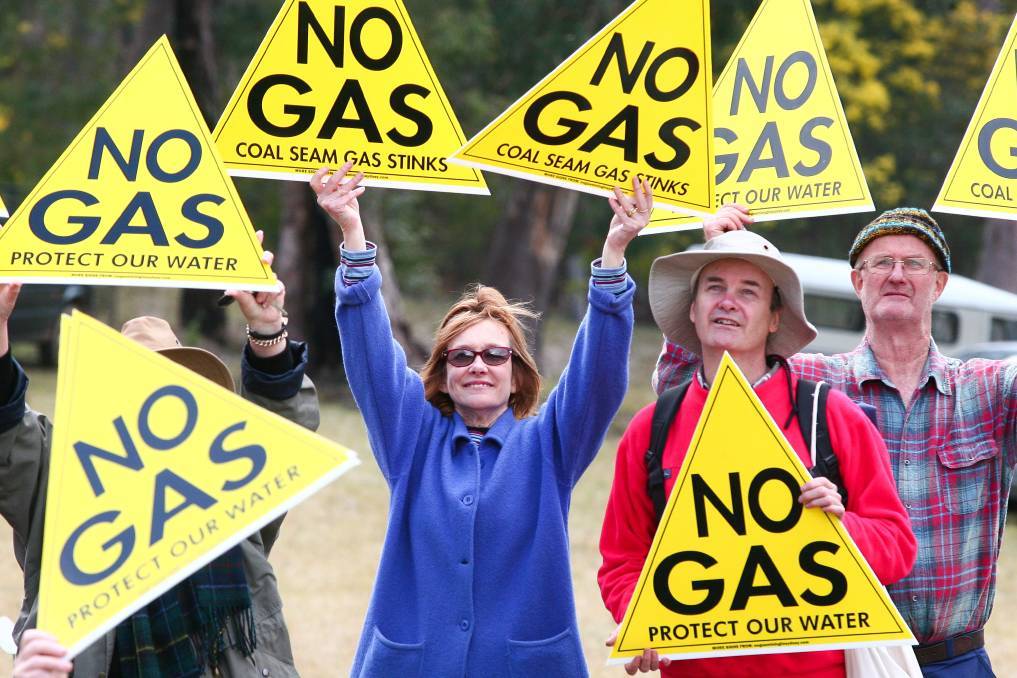 On 30 September 2020, the NSW Independent Planning Commission granted approval to Santos’ Narrabri coal seam gasfield. This was a short-sighted and politically-charged decision, sending a shockwave across the country. But this story is far from over.

Communities all over the North West of New South Wales continue to mobilise against the coal seam gas industry. This Santos coal seam gasfield and planned gas pipelines will continue to face a barrage of opposition. We cannot let the gas industry get away with destroying land and water.

Right now, we need to be loud. Don’t let them think we are moving on. Political leaders that have tried to ignore public opposition to coal seam gas need to hear from you.

Click here for phone numbers and tips for calling the Premier and her Ministers.

Out in the Pilliga forest, near Narrabri, in North West NSW, gas giant Santos want to drill 850 coal seam gas wells. It's the only CSG production project proposed in NSW, and farmers, Traditional Owners and environmentalists have been campaigning to protect the Pilliga and stop it becoming an industrial gasfield for years.

They're close to this goal. Santos have written the project down to zero and dumped it with a subsidiary company for non-core assets, and around the region, communities have declared themselves gasfield free. But Santos are pressing ahead seeking development approval for the project and the people of the North West need your help. Get involved here...

Santos has previously indicated it wants to develop a series of 7 gasfields across North West NSW. The proposed 850 well Narrabri Gas Project is the first of these (see image at bottom of page).

There are 7 gasfields planned for North West NSW! 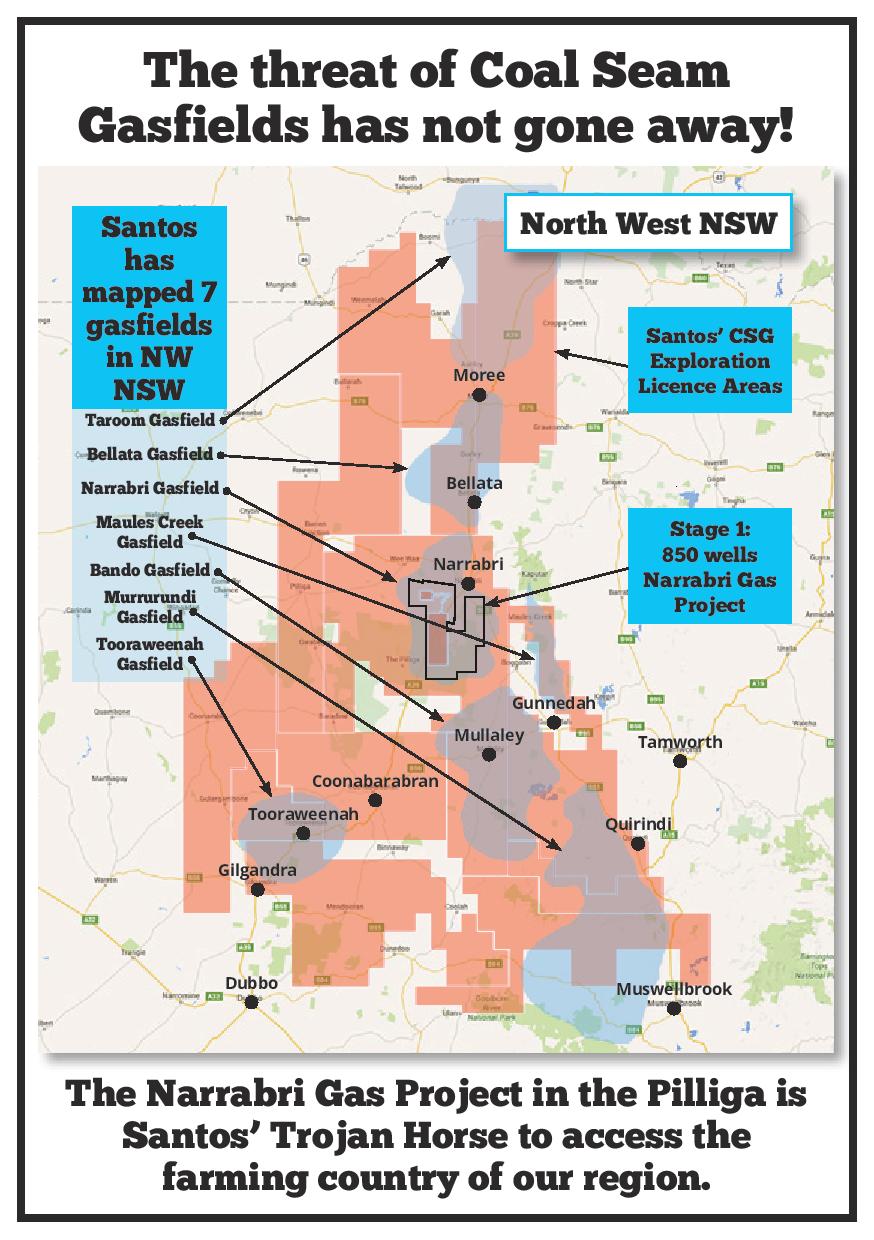