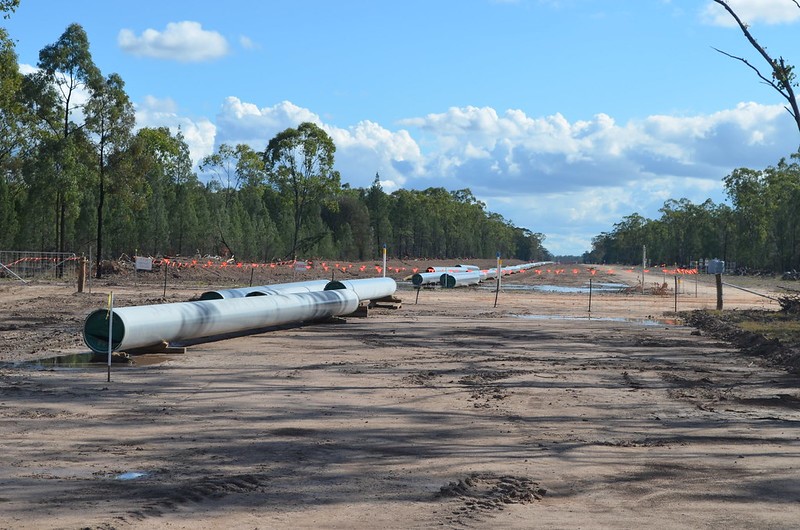 Two pipelines have been proposed to take gas out of Narrabri and there are two other options, rail and road.

Australian Pipeline Association (APA) proposes to build a 460km pipeline from Narrabri to Condobolin, connecting into the Moomba Sydney pipeline.

Landowners on the pipeline route are fearful their area will be opened up to gas mining. In 2017 they refused APA’s contractors access to survey their land.

A meeting, held in Coonamble, was attended by over 400 people from properties and communities along APA’s proposed gas pipeline route. They vowed to “vehemently oppose” Santos’ Narrabri Gas Project and to block the pipeline “at any cost”.

Those present also rejected any further attempts by APA to engage with those affected by its activities only on a “one on one” basis, declaring they would “only hold meetings (with APA) in the presence of the community”.

APA then stated it will not apply for approval to build the pipeline unless the NSW government approves the Narrabri Gas Project. 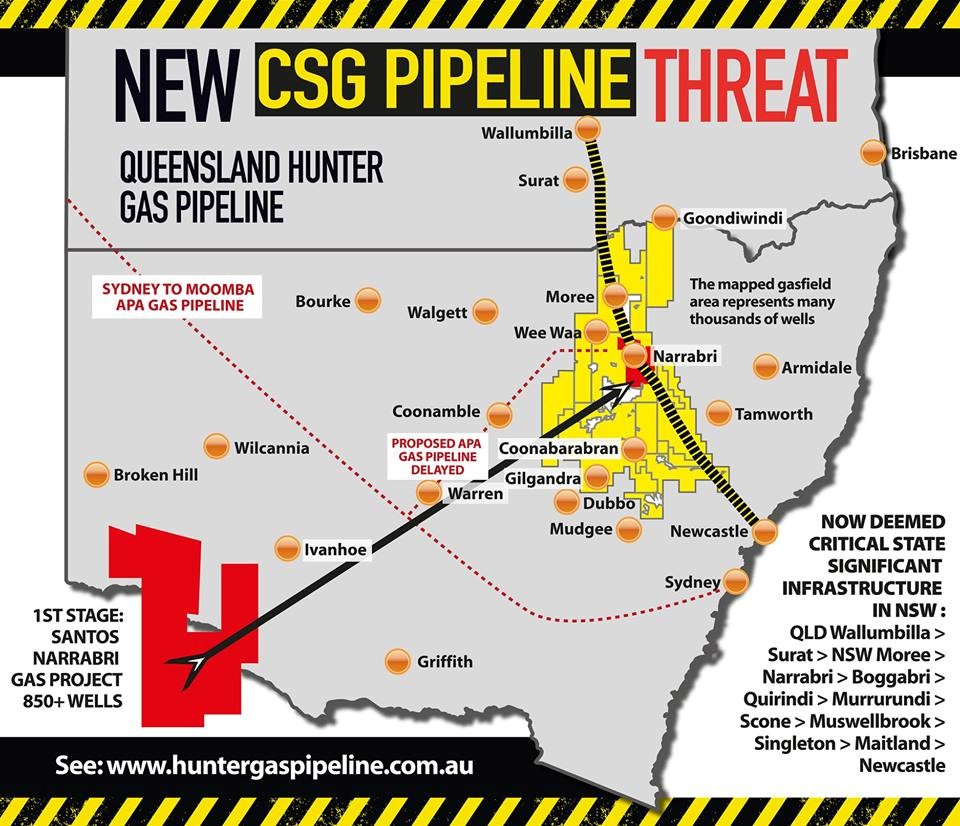 Originally approved by the NSW Minister for Planning in February 2009, the 420km pipeline has been classified as Critical State Infrastructure. The government’s allotted 10-year time frame to start development on the pipeline was extended for five years in October 2019.

The last correspondence from the company was received by landholders on the route in 2011. Many properties have changed hands since then.

Instead of following the existing railway tracks to Coonamble and then building a new line across to Narrabri, the Inland Rail is proposed to go from Narromine across floodplains, through the Pilliga Forest to Santos’ Leewood Facility near Narrabri.

Inland Rail have not indicated they will use trains fuelled by liquid natural gas (LNG) or that their trains will transport LNG. However, manufacturers are developing locomotive engines that will use LNG and trains transport some LNG in Canada and Alaska. Following a campaign by railroads and natural gas advocates in the US, Trump ordered the U.S. Transportation Department to write a new rule permitting LNG to be shipped in tank cars despite safety advocates warnings

Although the preferred option is to pipe the gas out of Narrabri, the Narrabri Council suggests another transport option open to Santos is to ‘truck the gas by road in large gas tankers’ in their submission to the Regional Intermodal Terminal Taskforce - Freight, Strategy and Planning - Transport for NSW. The Council also refers to rail as a mode of transport.