Too high a price to pay

Read the expert report by Pegasus Economics exposing the fact that the Narrabri Gas Project will do nothing to bring down gas prices in NSW and is not needed.

This damning October 2019 report reveals the extent of Santos' involvement in creating the high gas prices and gas market turmoil that is costing manufacturing jobs. 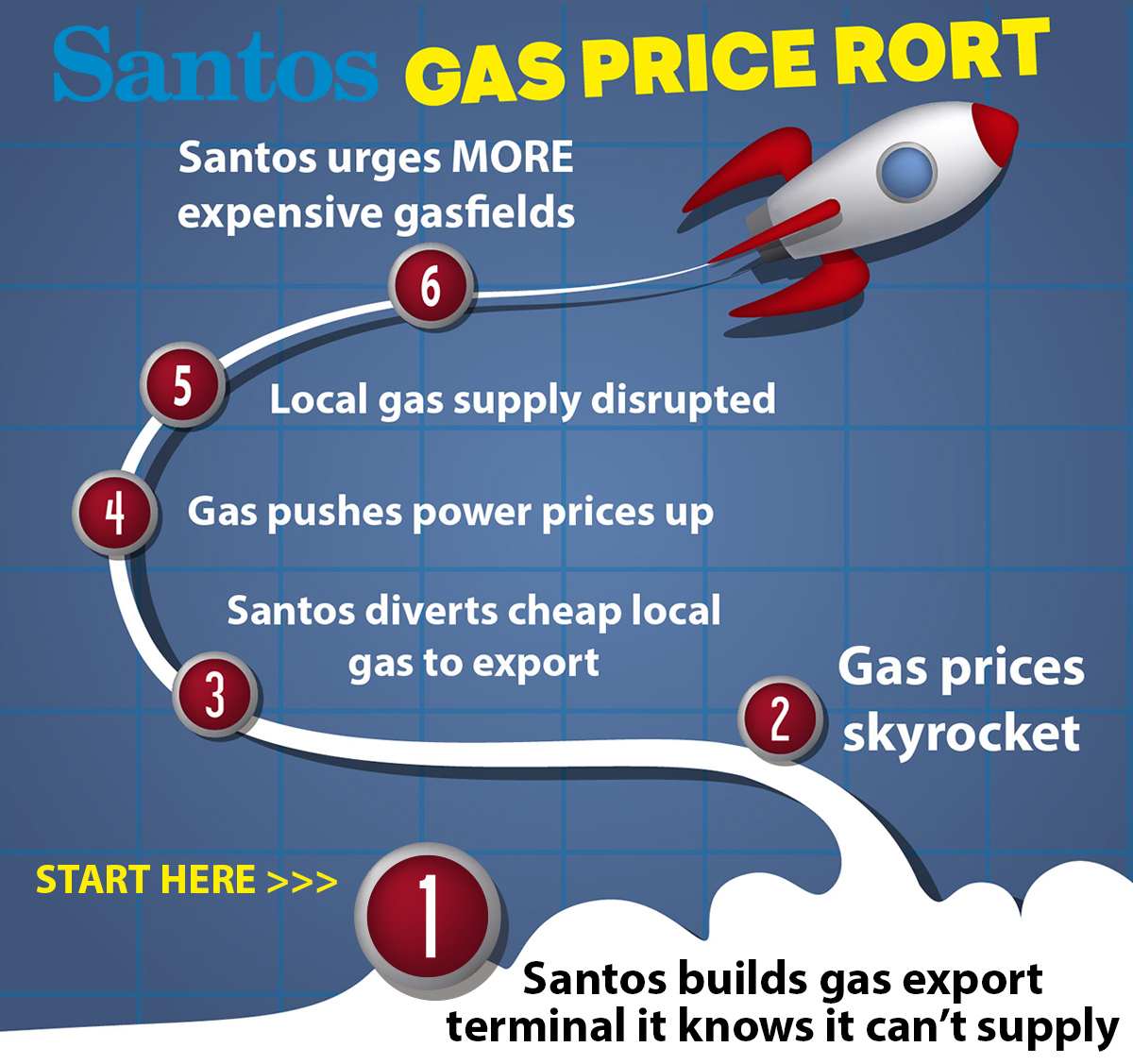 The economics report shows that:

In addition, the report reveals that Santos created the gas crisis and certainly won’t fix it: